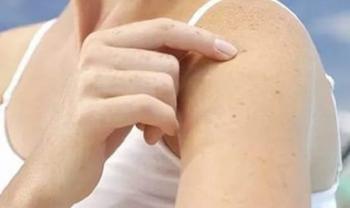 Malignant Melanoma is known as the most aggressive type of skin cancer. Moles that seem harmless in our body can be a messenger that leads to the disease without realizing it. Early diagnosis is important in melanoma. If untreated moles on the body are not treated, they can lead to serious health problems.

Almost everyone has moles, large and small, on their body. They differ in size, puffiness and color. Asymmetry, border irregularity, discoloration (multiple colors), significant growth, inflammatory reaction or bleeding in moles may indicate skin cancer. According to the report of the World Health Organization; Melanoma accounts for the majority (75%) of skin cancer-related deaths. Worldwide, 160,000 new cases of Melanoma are detected annually.
Melanoma in the early stage is an asymmetric, light-dark brown or black color shading, without sharp borders. Moles caught at this stage clinically can be treated.

The moles that have the highest risk of developing into melanoma are the dysplastic ones. Dysplastic moles can occur individually or in families. It is usually noticed around the age of 10. The number of tissue disorders may increase with age. It can be a single lesion or multiple. But Melanoma can also develop on skin that looks normal on its own.

In melanoma, the middle age group is usually at risk. Having light skin, sensitivity to the sun, having a history of sunburn, having many moles on the body, having Melanoma in first-degree relatives, having familial dipltic moles indicate that there is a risk of Melanoma. However, melanoma can develop in someone who does not have risk factors. If a person has one or more of these risk factors, a dermatologist should have a regular skin examination.

The sun and ultraviolet rays trigger the formation of melanoma and other skin cancers in moles in the body. Especially those who have skin cancer in their families and people with white skin are at risk for skin cancers, so they should definitely avoid sunbathing and solarium and use sun products with high protection factor in summer and winter.
Melanoma is most common in the skin (95%). It can also occur in mucous membranes, nail beds, eyes, and tissues with melanocytes. It is most common in the trunk in men, and most often in the legs in women. It is more common in women than men.

Melanoma patients diagnosed early can usually be successfully treated. When melanoma is first detected, it should be surgically removed and the patient should be screened systemically. Melanoma can vary in size. Even in the form of a small speck, it may have spread to many organs. That's why early diagnosis, diagnosis and screening are very important for Melanoma. After the tissue disorders are surgically removed, a treatment and follow-up plan is made according to other tissue involvements. The course of the disease is closely related to the depth and spread of the removed mass. However, in addition to the thickness of the mass; The location of the cancer, its growth rate, and its spread to other tissues are among the factors that affect the life span.

Malignant Melanoma is known as the most aggressive type of skin cancer. Moles...


The content of our website has been created in order to inform the guests. The information provided within the website, can not replace any doctors treatment and consultation. Based on these resources, starting the medication treatment or change of the current treatment are abolutely not recommended. The content of our website, should never be considered for personal diagnosis or any treatment methods. There is no intention regarding the advertisements that are against the law in our website. © 2010 - 2023, All rights are reserved. Privacy Policy. This website is created by CEOTECH . For further information: click.